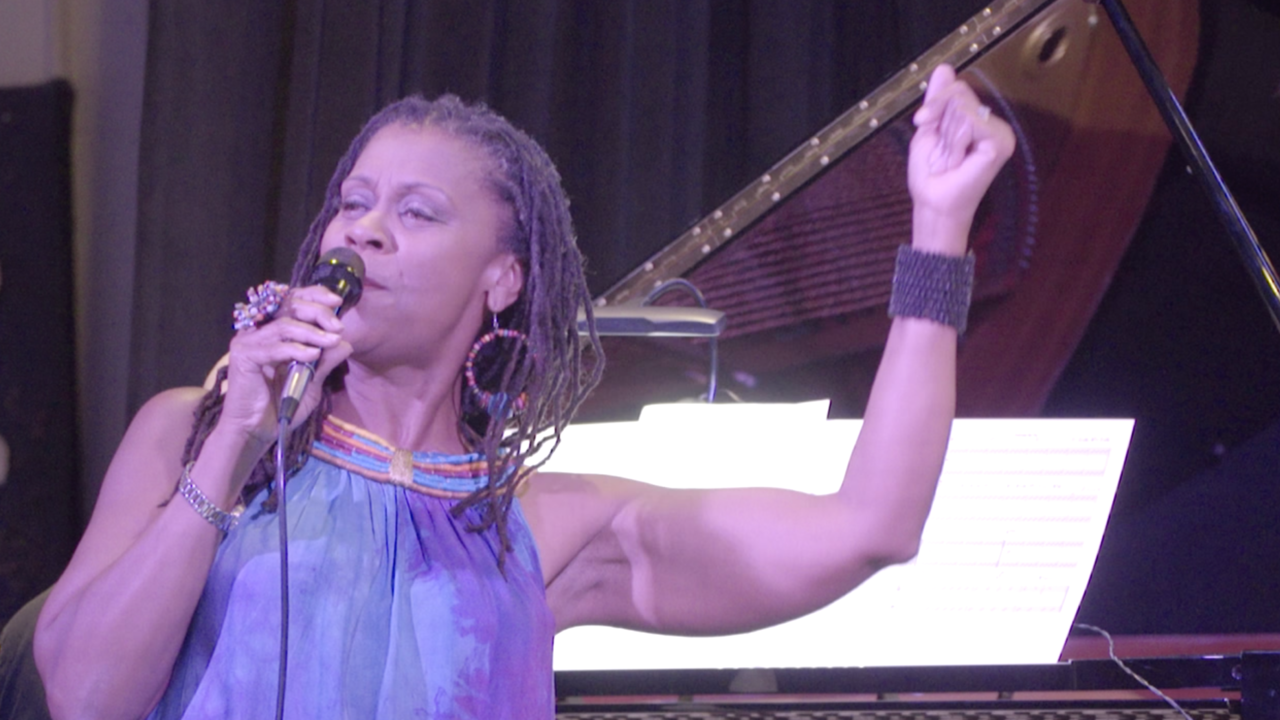 Who's in your Tribe? A Jazz woman bandleader's tale

I have taken care of my students' dreams about singing and recording, and left mine in a pasture somewhere. What was I thinking? Why did I do that? I kept telling myself it was something about service, and giving and obligations and my job. Then I had the doctoral program to blame - the dirty old dissertation! Then it was moving to a new house . . . every year, something!

Maybe you've been in these shoes. Wishing for something, and by "wishing" (and doubting) I created whirlwinds of energy that would not let the receptivity in to get moving on what was dearest in my heart. Or, via the Law of Attraction, the fear drew some kind of traumatic thing to unfold. Don't know if you can relate, but I had to let you know the truth. I had to come clean.

Don't get me wrong: Year after year we've I've been watching my students move into the field as performers, teachers, composers, arrangers, music therapists, instrumentalists, on stages all over the globe, winning awards, on TV and in films. It has been truly gratifying. And, who would blame me for tabling my personal goals to give as you must do as a teacher . . .

But, truth be told, do you know what? I was afraid I didn't have what it takes to do another recording (I have six previous ones). Sure, I could do a concert, a gig, but an entire recording? It takes thousands of dollars to record an album and market it correctly - with all of the bells and whistles of marketing and promotion. If you stay away from something too long, your mind can play tricks on you. So the way I peeped this whole thing was . . .

I did a concert in September 2018 and I told everyone that this would be the precursor to my recording. Do you know what happened? I got laryngitis! Lost my voice and until literally hours before the concert I couldn't so much as whisper! I did, by God's grace pull through (how I got my voice back is a whole other conversation), but I was able to get through the concert, and we were received well.  But the drama of that incident was profound. Much to share about that at a later date.

Well, Guess What? I'm recording my 7th album!! Haven't made a record since 2011!! 8 years! I'm all in. So much so that I went VERY public. Yep! A Kickstarter campaign for my yet unnamed record. The campaign is, like the concert, called For The Love of Big Band - The Album.  What is the project about? Creating a woman-led big band live recording, preserving the big band tradition, and supporting jazz gender justice. So what I ask of you is, where do you stand on the issue of jazz gender justice? The next time you go to a concert, count how many women are on the bandstand. The next time you listen to a recording or purchase a CD, try to learn how many women are playing on the record. You will be astounded by what you learn - or maybe not. It is one of the silent issues that is perpetuated by a lack of focus and action by those of us in the game. Well, time for something different.

This project will be a full album, commercially released, a video of the live recording and photography from the rehearsals and recording. This project employs 20 male and female musicians, and a dozen music and music business professionals, employs four generations of renowned veteran musicians, as well as emerging and student musicians. These people are my tribe, in the trenches with me for the last 8 years, grinding out and churning out the next generation of musicians.

My long-held, unmet dream as a recording artist is to do a big-band record. As a nod to the great women bandleaders who were singers, this recording is my way of paying tribute.  It is a little- known fact that many women bandleaders were mostly heralded as “just singers” but were actually the CEOs of the big bands that toured in the 30s, 40s and 50s. From the all-women led bands like the International Sweethearts of Rhythm to women performers who led all-male or mixed gender bands like Betty Carter, Ella Fitzgerald, Lil Hardin Armstrong, Ina Rae Hutton, and Blanche Calloway (Cab Calloway sibling), the list of women fronting big bands is long and compelling.

Help us create this woman-led big band live recording, preserving the big band tradition, and supporting jazz gender justice. It is time, and I couldn't be more excited!! If you want to come to, or support the concert, here is the link: bit.ly/LenoraBigBand

Just scroll down and find "Ticket to the Live Concert Recording" or choose one of the many pledge levels starting at $5 and going all the way up to $5000.

With Music,
Lenora
(P.S. please share this link with your friends who love music, jazz or big band! Thanks!). bit.ly/LenoraBigBand